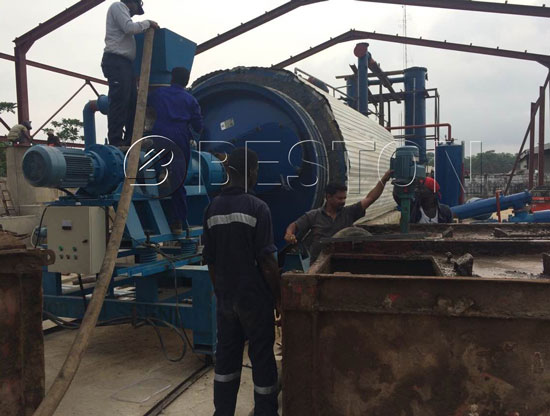 A primary focus of this study is to identify technologies that use pyrolysis to convert scrap plastic to fuel sources. Each of these technologies is unique in terms of the type of scrap plastics the systems can handle, and the output, or fuel product. common features of these systems include:

1. Some level of pretreatment –this could be as minor as size reduction or as involved as cleaning and moisture removal.

2. Conversion – pyrolytic processes are used to convert the plastic to a gas.

3. Distillation – the gas is converted to liquid form.

4. Acid removal process – removal of acids that form in the breakdown of some scrap plastics. These acids require removal because they can be corrosive to the PTF systems as well as the engines that will consume the fuel.

5. Separation/refining/final blending – the final steps required to make this product consumer ready can either be done on site or by a third party, depending on the system design.

While these systems vary in design, they have all been designed with the same purpose – create value from scrap resin that would otherwise be landfilled.

Although successful use of this technology has been demonstrated at PTF facilities around the world, no commercial-scale systems have yet been developed in North America. Despite the lack of adoption of PTF technologies in North America, there are a number of U.S. and Canadian-based technology manufacturers that have operational pilot facilities. And, some of the first reports are being made of orders being placed for commercial-scale systems.

The majority of these companies have pilot-scale facilities which tend to be about one-fifth of the size of the smallest recommended capacity for a commercial-scale facility. The others listed have “bench scale” systems which are even smaller demonstration systems. The difference in the scale of the facility is generally directly related to how long the technology has been in development. For example, one of the
firms with a pilot scale facility is developing its sixth generation of the system. Each generation reflects improvements in processing and efficiency. However, development of pilot-scale facilities has generally taken most firms three to five years. The financial resources that have been made available to developing the technology will also have an impact on the size of the facility.

A number of commercial scale facilities are in operation around the world. While investor uncertainty regarding the economic viability of these systems may exist in North America, investors abroad are seemingly more confident in this technology. Some of these commercial facilities have been in operation for three or more years, demonstrating the technological and economic feasibility for using pyrolytic technology to recover more scrap plastics.