The Institute of Scrap Recycling Industries announced today that nine new plastics specifications have been published in the Scrap Specifications Circular, after approval by the ISRI plastics division and board of directors. The updated circular was released in conjunction with the Plastics Recycling Conference, a gathering of more than 1,700 representative from the plastics recycling industry being held this week in Dallas, TX. 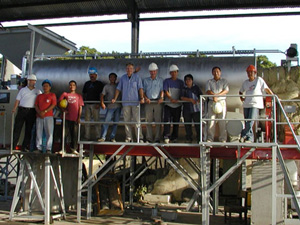 “The nine new plastics specs were designed to give definition and clarity in the plastics film market,” said Robin Wiener, President of ISRI. “As the market for recycled plastics film evolved, ISRI members recognized the need for our specification to reflect their needs and were the driving force behind their adoption.”

The new plastics specifications are as follows:

B grade film. This grade consists of 80% clear, up to 20% color, clean, natural LDPE and/or LLDPE films. Any mix of post-commercial or post-industrial film is allowed. Minimal amounts HDPE or strapping allowed.

C grade film. This grade consists of 50% clear, 50% color, dry, LDPE or LLDPE films. Can be any mix of post-commercial or post-industrial film. HDPE or PP films are allowed.

Agricultural greenhouse film. Films not used on the ground for agriculture or farming, examples of which may be bale wrap, greenhouse films, dairy bags and bunker silo films that are polyethylene based.

Agricultural ground cover film. Any film collected after in-field use, examples of which may be mulch film and irrigation (drip) tubing that is polyethylene based.