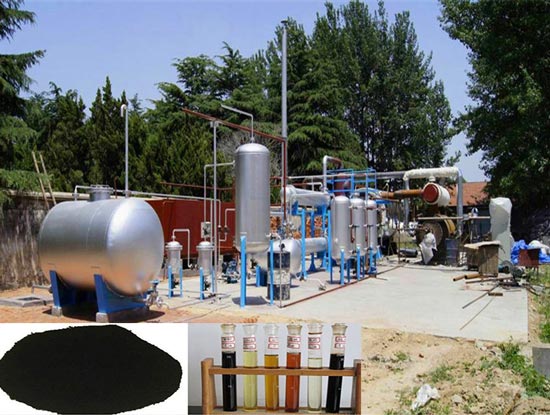 Converting plastic into fuel oil could generate new revenue for the United States, create thousands of new jobs and lighten the load in landfills, but the emerging technology has yet to be embraced because the industry doesn’t understand it, according to an American Chemistry Council report.

The plastic to oil technology, also called pyrolysis, takes plastics that can’t be recycled and chops them into smaller pieces before heating the bits in a machine under a very high temperature, which converts the plastics into a liquid that can be then be distilled into synthetic crude, diesel fuel or other petroleum products.

The industry trade group based that assumption on an estimate that U.S. landfills contained 32.5 million tons of non-recycled plastics in 2011. Recovering 20 percent of that could support between 350 and 600 new plastics-to-oil facilities, depending on their size and capacity, the American Chemistry Council said.

According to the chemistry council’s analysis, 600 new plants could generate 8,800 new direct jobs and thousands more jobs in supply chain companies that support the industry, the report found. Hundreds of new plastics-to-oil facilities would also slash the amount of non-recycled plastic in U.S. landfills.

These relatively small-scale plastic to oil plants are ideal for municipal solid waste plants looking for ways to deal with tons of plastics that can’t be recycled because they’ve been contaminated by food waste, or because the volumes of a particular plastic stream are too small to sell to recyclers, Steve Russell, vice president of the council’s plastics division, said in an interview with Fuel Fix.

“The vision is for these technologies to be deployed in communities across the country,” he said. “These would have a very small footprint and could even be co-located on current sites processing recycling streams.”

A few companies have experimented with demonstration projects in Ohio and Oregon. A pilot plant in Portland that was a part of a joint venture between Houston-based Waste Management and Oregon-based Agilyx, a leader in plastics-to-oil technology, recently wrapped up operations after Agilyx transitioned to a new generation of technology.

Still, the technology has not been widely adopted because of a lack of awareness and a lingering questions about permitting, Russell said.

“Communities are asking, ‘What is it?’ and I think those are fair questions,” he said.