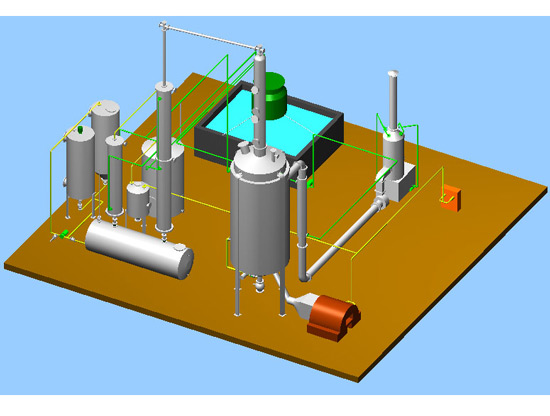 A commercial scale facility that converts waste plastics to fuel has been successfully commissioned in Australia.

Constructed by Integrated Green Energy (IGE) with Foyson Resources behind the project, it uses a catalytic restructuring process.

The technology subjects plastic to a high temperature heat stream (above 400 degrees celsius) in the absence of oxygen, causing the polymer to break down into smaller molecules forming gas and liquids which resemble crude oil.

Liquids are fractionated into hydrocarbons in the form of gasoline, kerosene and diesel fuel.

In April IGE secured its second feedstock contract to supply of waste plastics to the NSW plant over three years, agreeing a price of AUS$250 per tonne delivered to start and decreasing annually.

These two contracts will supply the entire feedstock requirements of the commercial plant for the first three years to June 2018, with a planned increase in throughput from 50 to 200 tonnes per day.

Further testing and validation of the process is expected over the coming weeks.

A second plant is also in the pipeline for the central coast to process a “ready supply of recyclable and non-recyclable plastics”, according to the Australian Broadcasting Corp.