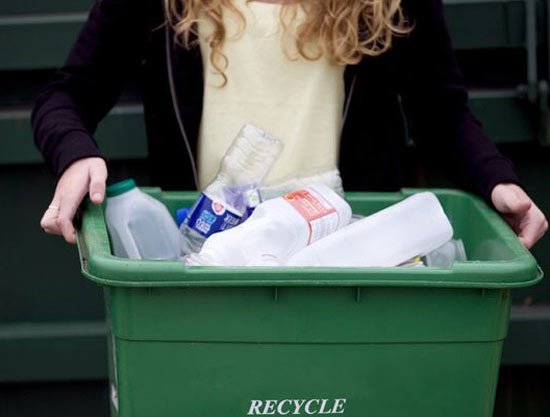 According to the statistics, the recycling rate of the solid waste in the UK is 45% in 2017. So far, waste recycling and reusing is still one of the most important parts in waste management of the UK. The government has set a goal which is to enhance the recycling rate up to 50% in 2020. Well, when we look back to the past years, we’ll see that the rate has risen since 2000, but now the speed of rising has slowed down obviously.

One of the reasons for the slowing might be a loose management in initial waste separation. British residents usually make mistakes while doing the waste disposal. 7% of the residents believe diapers are recyclable, 20% of them believe polystyrene are recyclable, and many people dispose of stones and brickbats as organic wastes. Therefore, it is obvious that the residents need a clear and strict guidance of where to put their wastes.

Amount of Solid Waste in the UK

The ban on importing plastic waste from foreign countries has been completely imposed in China since January 2018 has also caused an embarrassment for the plastic waste in the UK. Some insiders even said that there might be a collapse in UK waste recycling industry unless the government finds out a new way.

Beston’s plastic recycling machine shall be a good choice. This kind of plastic waste recycling equipment has helped a lot of European countries, including the UK, to dispose of their plastic waste. It is a high-efficiency machine to turn plastic into oil and carbon black using the technology of pyrolysis. It is a green and eco-friendly plant which can reduce 95% volume of the original plastic waste. The end products, the oil and the carbon black are both useful in many aspects of human’s life and industries.

Even though plastic waste is an inevitable kind of waste in a modern world, our dependence on plastic staffs is also not that easy to eliminate, we still have worked out ways to get rid of the dangers brought by them. If your country or your city is also facing a severe situation of plastic waste and if you are starting a plastic recycling plant in the UK or any other countries, Beston will be a reliable friend for you can trust. Reach us if you are interested.