The recycling of postconsumer plastic film packaging surged 116 million pounds, or 11%, in 2013 to reach a reported 1.14 billion pounds, according to a national report released at the 2015 Plastics Recycling Conference. This marks the highest annual collection of plastic film—a category that includes product wraps, bags, and commercial stretch film made primarily from polyethylene—for recycling, since the survey began in 2005. 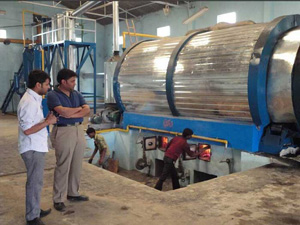 The increases detailed in the report show that greater collection is taking place among small and mid-sized businesses, and that consumers are bringing more of their used flexible plastic wraps to at-store collection programs to be recycled.

“We are pleased to see such strong growth in the recycling of polyethylene wraps,” says Steve Russell, Vice President of Plastics for ACC. “These increases highlight the critical role that grocers, retailers, and other businesses play in collecting this valuable material.”

In recent months, several major brands and retailers have started placing the Sustainable Packaging Coalition’s “store drop-off” label on their film packages to remind consumers to bring their used PE wraps back to participating grocery and retail stores to be recycled.In addition, the SPC, the Flexible Film Recycling Group, and the Association of Postconsumer Plastic Recyclers have launched the Wrap Action Recycling Program, or WRAP, which makes it easier for state and municipal governments, brands, and retailers to increase awareness of opportunities to recycle used PE wraps at local stores.